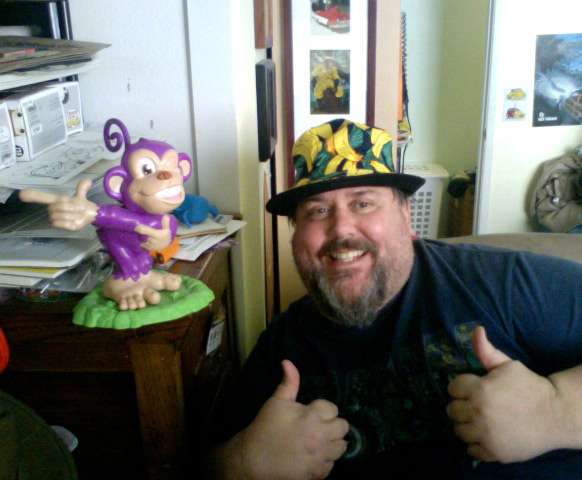 Joe is a native of Southern California living a stone’s throw from San Bernardino and Route 66 in a town called Redlands. Which local kids called Deadlands cause there was little to do there. Born in 1970 he was a bit of a nerdy recluse child in the ’70s and ’80s before that was a positive thing. Much of his time was spent drawing or enjoying comics and cartoons.

In school, he studied comic strips, cartoons, comic books, and Cartoons Magazine. Of course, they weren’t teaching that in grade school and high school but he did enough of the other stuff to get in Cal. State Long Beach anyway. At Redlands High School and Cal State Long Beach, he drew for the student newspapers and yearbooks. At Long Beach, he became editor of the comics page. despite not being a journalism major, because he got a good stable group of artists together.

His own comic Elsewhere ran in Long Beach and in other college newspapers. Upon graduation in 1994 with a BFA in Art/ Illustration., it spun off into a self-published comic book distributed across the U.S. and beyond. Until it, like many series, the comic book was killed in the black and white comic glut in the late 1990s.

Joe submitted comic strip ideas to the syndicates. During this time he created artwork and designs for the U.S. Air Force, the LA Times, and other less impressive places. He also taught at places like The Art Institute of California, ITT Technical Institute, and any alleyway he could make a buck. He also started Masterclasses at the prestigious Academy Of Art University In San Francisco. Health and other problems kept him from finishing that degree.

Joe continued his comic Elsewhere as a webcomic until starting at CARtoons Magazine in 2017 debuting in issue #10. He proves himself as CARtoons’ top Monkey Mechanic Artist by starting Barrel Of Grease Monkeys. Not only is he the self-proclaimed best because he’s the only one to draw monkeys in their comic but because of a lifetime wasted on comics, cartoons, and learning how they work and how to make them better. 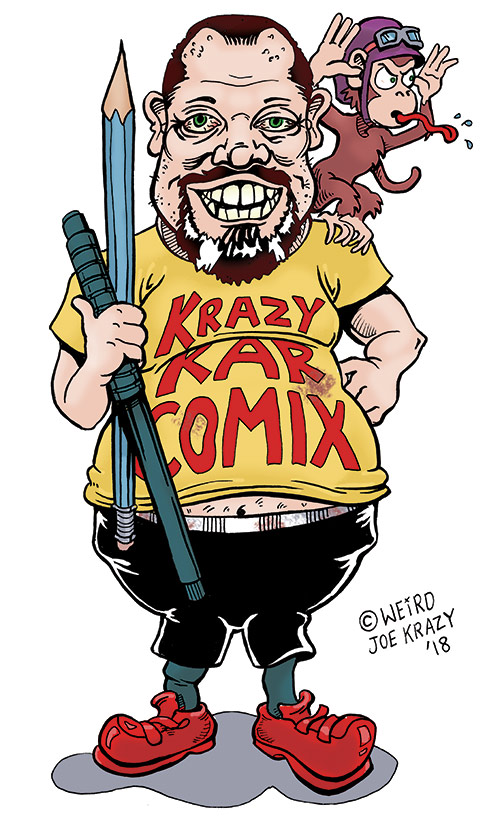